In figures recently released by WindEurope, the progress that Europe made is well highlighted. At the turn of the century, new renewable power installations accounted for less than 3GW – no more than 20% of installed capacity that year. This is even more shocking when you consider the lower capacity factors of renewable technology of that time. It then took seven years – up until 2007 – for renewables to make up half of new capacity. 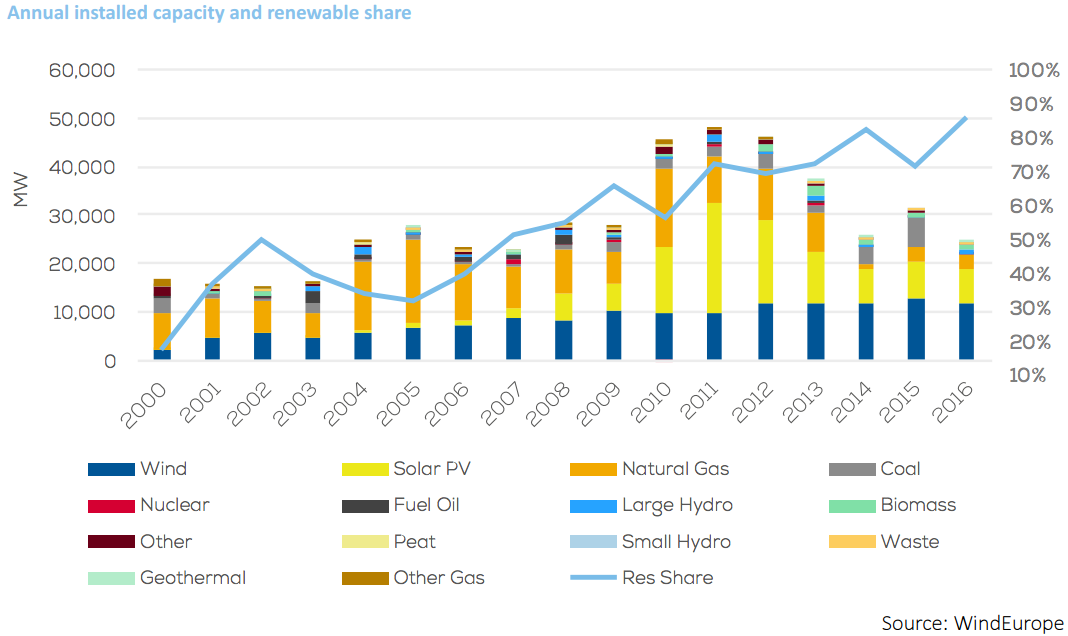 In total, 466GW of new capacity has been installed in Europe since 2000. Around a third of that has been wind, and around 60% has been renewable in general. As the pie chart below shows, Europe is well diversified in energy. Wind has made great leaps, and has displaced coal over the past decade or so, to become the second largest power generator in Europe – from 6% to around 17%. Renewables in general have increased from around a quarter to nearly half. Solar, too, has grown fifty times its 2005 capacity. The future is bright, and renewable!