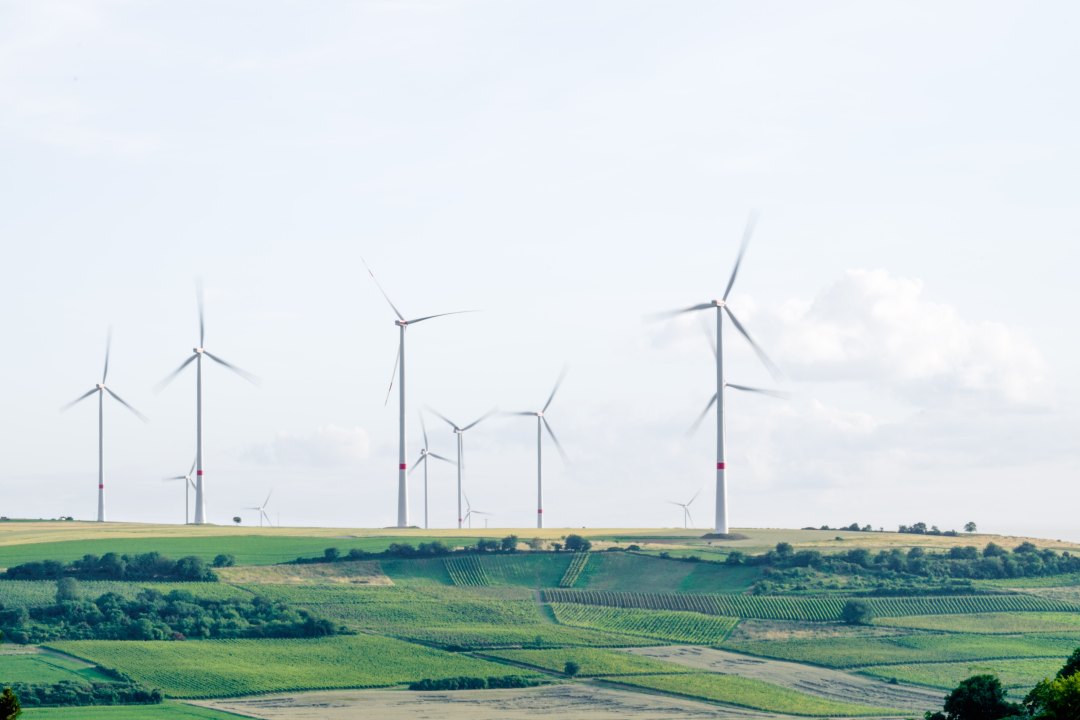 It’s been a while since the last election, and I think it would be interesting to consider some of Labour’s manifesto points. The bullet points below (p20) outline party policy from their manifesto. Their aim was to deliver increased renewable energy, more affordable energy, and greater democratic accountability of energy. I’d like to focus on the second sub-bullet point and what its relation to the German municipal utilities/Stadtwerke means.

German’s domestic electricity market was fully liberalised in 1998. Prior to liberalisation, a defined supply area was usually served by a single supplier (local utility) in near-monopolistic conditions. Whilst the majority of generating capacity is accounted for by the ‘big four’, the majority of the retail market is shared by the remnants of the single local suppliers, called Stadtwerke, In 2013, more than 900 DSOs (distribution system operators) were operating in Germany. The distribution networks are often run by vertically integrated utilities – companies that own generation assets as well as supply and distribution businesses. The country’s four dominant companies hold shares in many of these DSOs according to Deloitte.

The Bundeskartellamt rates market share of the ‘big four’ between 31-36%. In 2015 final consumers could choose between an average of 99 suppliers in each network area. 75% of all households are served by their regional default supplier (though this number is falling), in contrast to businesses at 32%. In the retail market, the market share of the big four continues to fall; the regulators reported that the combined retail market share of the big four was 45% in 2011 compared to 50% in 2008. The remainder of the retail sector comprises round 900 municipal utilities (Stadtwerke) acting as suppliers. 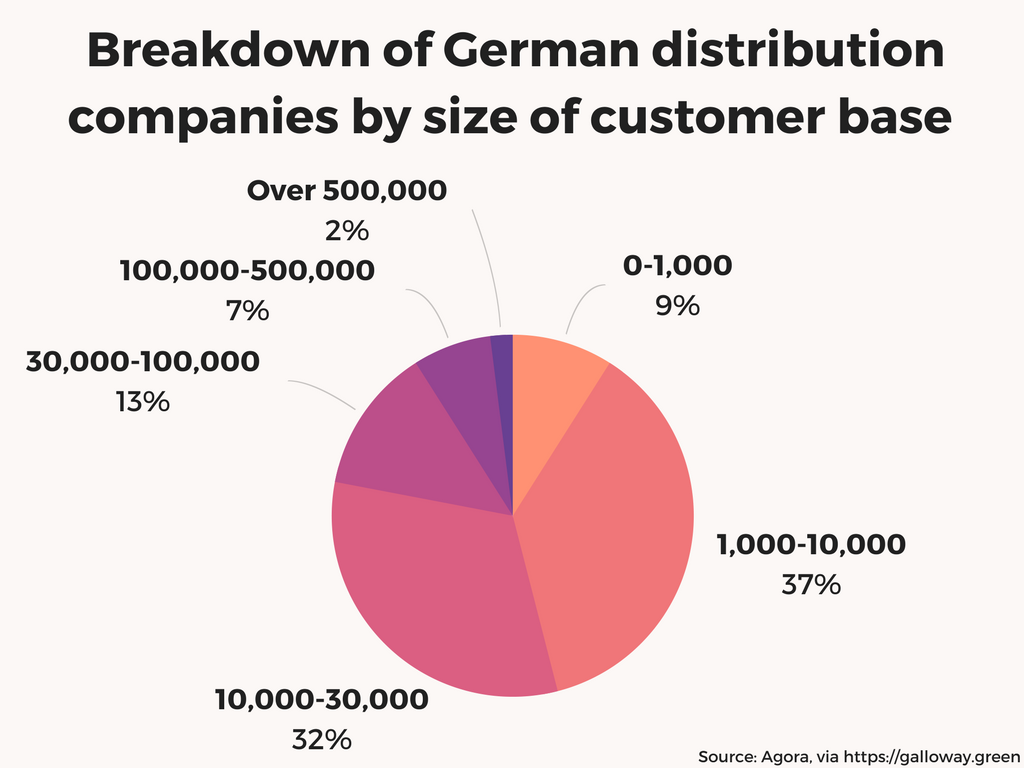 Most of Germany’s DSOs are quite small, as the pie chart (above) illustrates. According to Agora:

The distribution system in Germany is the most complex in Europe, with around 900 distribution system operators serving 20,000 municipalities. This includes the four large companies as well as about 700 Stadtwerke (municipally owned utilities) and a number of regional companies. The four large DSOs—RWE, EnBW, E.ON, and Vattenfall—operate a significant portion of the distribution grid through concession contracts with municipalities. Under these contracts, municipalities rent out their distribution franchise for up to 20 years. Under the Energy Industry Act, these concession agreements have to be renegotiated under non-discriminatory rules and can be cancelled. It is worth noting that there is a movement today for Stadtwerke to take over their own grid operations as many concession contracts come up for review.

How could the UK adopt Germany’s approach?

The UK no longer has a formal regional structure in the manner that the Labour party may have envisaged. There are currently efforts to create suppliers within authorities, such as Bristol Energy and Robin Hood Energy. A simple approach could be to build upon the existing structure of authorities and local boroughs. This would also allow the UK to avoid too much interaction with Third Energy Package requirements prior to the UK exit from the EU, as suppliers serving fewer than 100,000 in Germany were able to keep bundled assets under only some lenient measures. This all depends on the intended structure and aims of these supply companies (i.e. do they serve anyone in the country that asks, or just their own region, etc.). As Labour lost the election this may well be one of those policies that remains a mere idea.