On Sunday afternoon, UK solar generated more electricity than any other single source

Electricity generated by solar panels on fields and homes outstripped all other single sources of energy yesterday afternoon, in what looks to be a historic first.

The UK isn’t known for being a sunny place, and in terms of renewables it has more of an association with wind energy. Yet for around three hours, solar was the top source for electricity. Coal generation averaged around 1% of total output throughout the day. This was thanks to lower demand and high solar exposure, as well as modest wind output, that incentivised less gas generation. Dr Simon Evans noted the trend on Twitter, which means you can likely expect some in-depth analysis on Carbon Brief over the next few days. 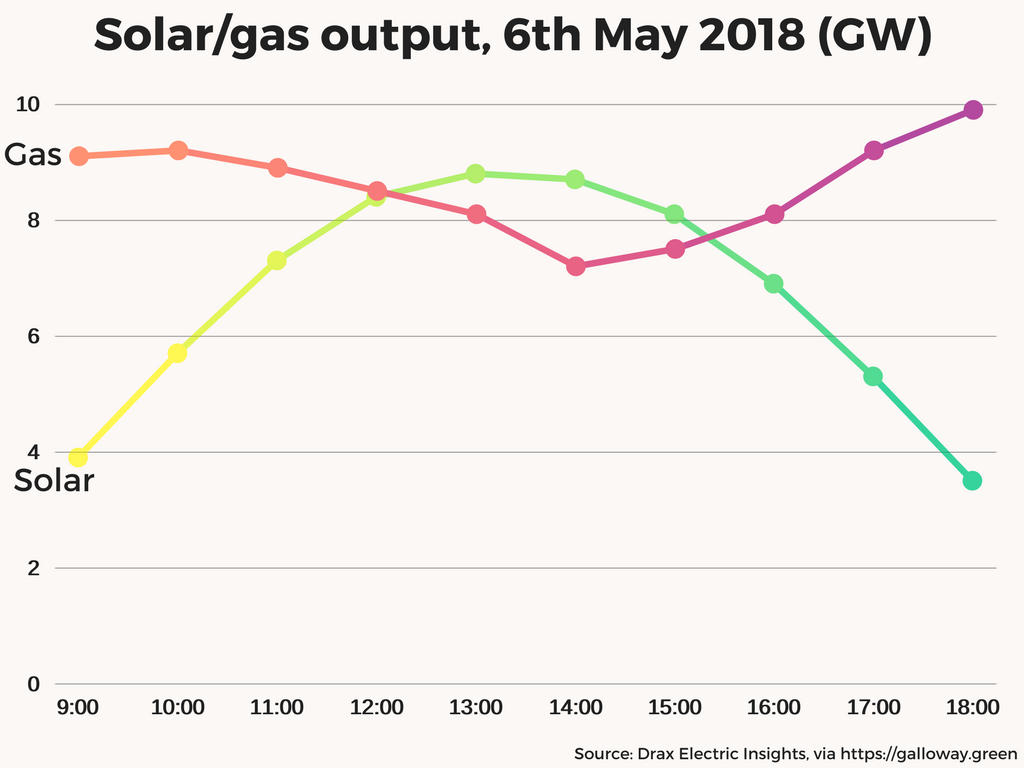 Solar output is highly seasonal. The majority of solar power is generated from Spring to Summer. In contrast, gas output is at its highest during winter. Whilst solar won’t be able to match gas output for most of the year, this is a sign that the fundamentals of energy generation in the UK are changing.

Last year, BEIS released the Clean Growth Strategy, which included a pledge to release a post-2019 solar strategy, with industry currently speculating on what that could contain.

Enjoyed reading about UK solar? Why not learn about NW Europe’s impending gas problem, or the Armenian energy system, or the British ‘price cap’ in the past?

3 thoughts on “On Sunday afternoon, UK solar generated more electricity than any other single source”